"This story was first published in 2011

There have been around 3,000 journalists in Khyber Pakhtunkhwa (KPK) and FATA, who are working the tough job of journalism in the world deadliest country of Pakistan. It’s a tough job for sure. Terrorism, kidnapping, suicide bomb blast, lack of professionalism, low salaries and insecurity make this profession even tougher. Despite all of that, one man – Sher Bahadur Afridi – has conquered them all Mr. Sheer Bahadur-a symbol of courage[/caption] What makes his story so different from another 3, 000 journalists, is that although he is working as journalist in the turmoil country but he can’t see his published story in the morning newspaper. This is because he is blind. Hailing from Bazid Khiel, a village of FR Kohat-Khyber Pakhtunkhwa of Pakistan, He was breathing a normal life as billions of people, when in 1999 doctors discovered brain tumor and suggested immediate operation to remove tumor otherwise he could die within days. He survived that life threatening operation but he lost his vision ohhh! Mr. Afridi, 39, father of four and husband of two wives, did his Master of mass communication from Allama Iqbal Open University Islamabad, Pakistan, when became completely blind in 2009, while did his graduation from Karachi university in his good old days. He narrated his story “first I was disappointed of my life, but then I realize that life is so beautiful for living, and then I started studying journalism for my own cause, to work for special persons through journalism” He started his journalistic career as freelance writer in 1994 for daily Dastak, Nawae-i-waqt, Jang and Aman, some of the leading newspapers in the country. He sustained his journalistic career even after his blindness and started worked in 2001 for Radio Pakistan as an anchor person, and was the first journalist to start a regular talk show for special person in the area at the name of  MISALI KHALAQ (Exemplary people), which is still running after long ten years. Mr. Afridi, with no eyesight, has a vision to work for about 15 handicapped journalists in KPK/FATA including totally blinds, he told that “various organization is working for journalists but they completely ignored journalists like me, who deserve more than normal journalists” He won the All Pakistan essay competition in 2003, writer of two books, and president of two organizations for handicaps on the name of DOSTEE (disabled’s organization for special training education and employment) ROSHNI (rights of special human national and international). This multi-dimensional person is also a regular employee in District coordination office (DCO) as a Telephone operator, which is another surprising characteristic of this this magical person. He won two best telephone operator prizes from the local authority; because he memorized thousands of telephone numbers even he challenged telephone helpline office. He said that “whenever I heard a number, it stuck to my mind, thus I have memorized thousands of telephone number more than a local telephone helpline office” As a journalist, he want to bring educational change in the society and to enlighten communication gathering among Pashtuns, he said” I want to continue my journalistic career for those special person, who are not aware of their rights and also for those, who are not respecting special person” During the  three days Journalism training, he actively participated and was busy in recording the trainer’s lectures, about this habit he said, that “ I am keeping my audio record of every important story, news, lecture of information and whenever I get some free time, I try to listen and memorize it” He is the regular member of Dara Adam Khel (DAK) Press club and participating in the day to day press club activities. DAK press Club General Secretary Mr. Nisar Afridi appreciated his efforts and qualities as a journalists, he said that Mr. Sheer is symbol of courage for our community and we learned a lot from him, he visited Swat during the militancy and flood for Radio Pakistan programs and still doing reporting in the war torn area of DAK” During the training, his trainer observed that he was the most enthusiastic participant, with quest for learning and was asking different questions. Mr. Ali, the lead journalism trainer said that “I have conducted dozens of workshop but I never experienced a person with immense knowledge about journalism, although he is blind but Mr. Afridi is far better than any normal journalist” he continued that he was curious about the new invention for the handicap people, which can be used in journalism and want to organize trainings for the special persons. Mr. Sher Bahadur main aim of the life to establish hospital and training institute in Kohat for the special person, he concluded “my life mission is to build a state of the art hospital and training institute for KPK and FATA handicap, although I acquire three kanal land for my mission but still a long way to go” 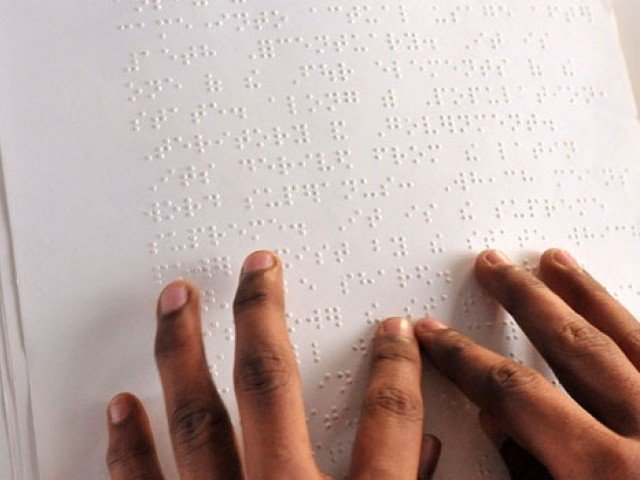